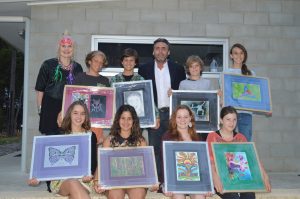 Also leaving the school is Gus Barker. After 15 years as a teacher at the school, Gus is moving to France to establish at French retreat in the Loire Valley.

Following the graduation ceremony, students from all years presented a range of plays and musical items which were very well received by the audience.